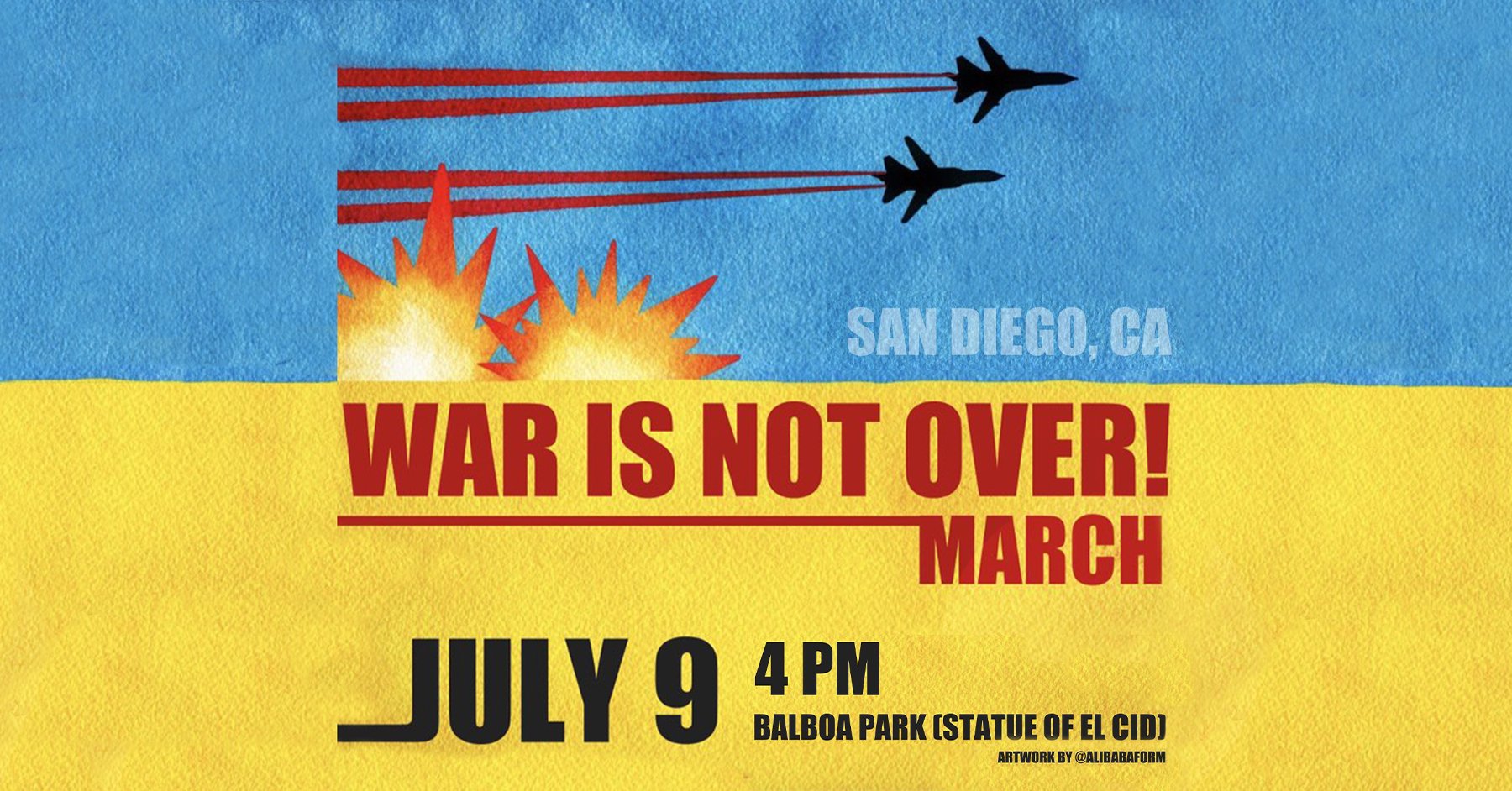 On February 24th, Russian invaded Ukraine. For five months Ukraine has been fighting for its freedom and sovereignty with tens of thousands killed, hundreds of thousands injured, and millions forced out of their homes. In the world of information, it is hard to keep focus on one topic for a long time. However, the largest war in Europe since the time of the World War II deserves our full attention because the entire world is affected by the war in Ukraine. On the global scale Ukraine plays an important role. This nation-wide march is to raise awareness and remind society that the war in Ukraine is not over!

How to Subscribe to our Calendar on Mobile
11 Jan at 2:12 pm
📷 Report: Justice Prevails
8 Jan at 7:58 pm
Christmas meeting in Balboa Park
December 24, 2022
Support Ukranian Refugee Center in Poland
December 15, 2022
Previous Post
and rehearsing for “Ukraine: Songs of Freedom” fundraising event…
Next Post
A Prayer for Peace (07/09/22)