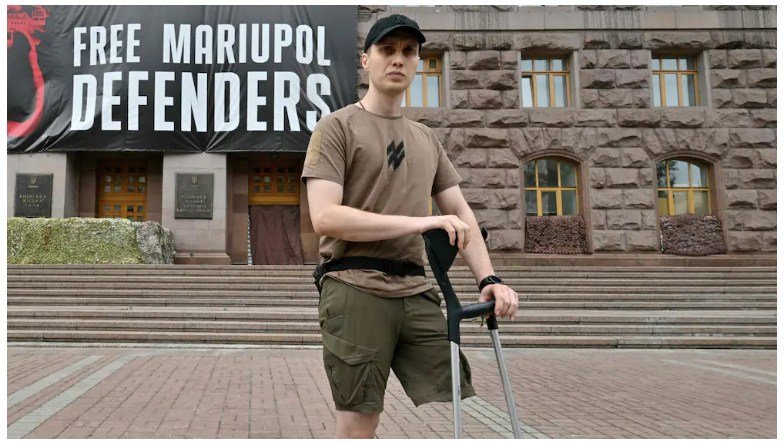 On February 24th, Russian troops invaded Ukraine and within days had besieged the strategically important port city of Mariupol on the Sea of ​​Azov. One of the most famous Ukrainian battalions is Azov Battalion. Azov and a few other brigades defended Mariupol for many months to Russia’s detriment, often outnumbered and outgunned 10:1. Only the bravest and best soldiers are chosen to serve in the Azov battalion, that’s why Russia has been spreading misinformation about it for the past 8 years, attempted to this battalion a terrorist organization and threatened to publicly execute all the fighters.

Mariupol has fallen, and after months of horrendous fighting under the rubble of AzovStal Steel Plant, hundreds of remaining fighters were given orders to turn themselves in to save lives of the few remaining soldiers. Their safety and prisoner exchange was guaranteed by the Red Cross and the United Nations, but unfortunately neither of these large organizations have been able to accomplish what they have hoped.
Months in captivity have been horrendous for the Ukrainian Prisoners of War, since Russia doesn’t follow any rules of the Geneva Convention.

“Some of us had needles stuck in our wounds, some were tortured with water,” Vladislav Zhajvoronok, 29, told shared in an on line press conference. Vladislav was one of the lucky wounded prisoners to be exchanged in July. His bones are said to have been broken by the targeted blows during a month and a half of captivity. He is one of the POWs, who will be attending our rally. Please, come to show your support.

How to Subscribe to our Calendar on Mobile
11 Jan at 2:12 pm
📷 Report: Justice Prevails
8 Jan at 7:58 pm
Christmas meeting in Balboa Park
December 24, 2022
Support Ukranian Refugee Center in Poland
December 15, 2022
Previous Post
Compilation of the today’s rally. Thank you ! Great turn out!…
Next Post
Released Ukrainian prisoners of war in San Diego (10/1-3/2022)