Please share this page with your friends and family: 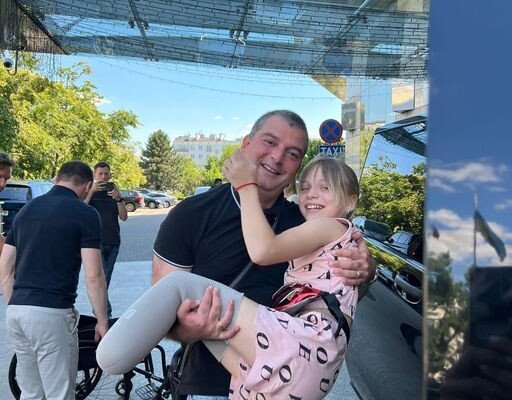 Natalia Stepanenko, her 11-year old twins Yana and Yaryk, and a couple other family members arrived in San Diego Airport in July. The Stepanenko family were caught in a Russian Missile attack at a train in Kramatorsk in April (https://www.washingtonpost.com/national-security/2022/04/08/ukraine-east-attack-train/). Yana lost both legs below the knee; her mom lost one, and her grandmother was killed. Stepanenko’s husband died weeks later while fighting the war in Ukraine.

It’s difficult to imagine a worse human tragedy than what this innocent family went through. San Diego’s non-profit “Right to Walk Foundation” helped bring the family here for prosthetic rehabilitation and gave them a new chance at life. Mother and daughter will spend at least a year getting rehab at Peter Harsch Prosthetics in Mira Mesa. Local churches, House of Ukraine and a few other non-profits have been helping them to get settled here.

More media stories about the family

Your donation is fully tax deductible