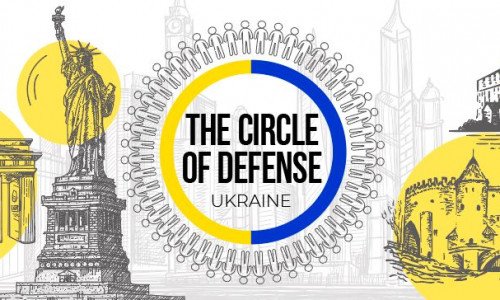 Ukraine today is the shield of Europe and the entire civilized world. Ukraine and its soldiers are waging a war against the russian aggressor and are defending not only themselves but also all of Europe, the USA, and all democratic countries from the onslaught of the invading forces of tyranny and dictatorship.

Ukrainian defenders today embody the heroism and courage of soldiers of many generations, soldiers of different countries – all those who for centuries have been defending the ideals of freedom, defending statehood, and fighting for independence.
russia is a terrorist country that must be stopped and punished.

Modern russia, which only understands the language of force, can be stopped only by the victory of the Ukrainian army on the battlefield in Ukraine, so we urgently need modern Western weapons.