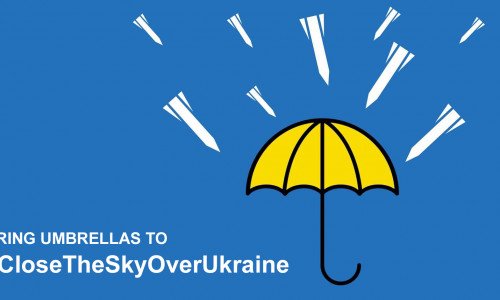 URGENT!!! Today russia launched a brutal wave of missile and kamikaze drone strikes blasting dozens of civilian targets across Ukraine. At least 11 people have died and over 70 have been wounded.

The capital of Ukraine Kyiv was pounded by at least six missiles and the urban centers of Dnipro, Zaporizhzhya, Kryvyi Rih, Odesa, Ivano-Frankivsk, Khmelnytskyi, Ternopil, Lviv and Zhytomyr also were hit.

It depends on us how much these events will be covered and what support Ukraine from the world will receive now. Our loved ones in Ukraine are currently in bomb shelters, so we need to speak on their behalf!
Be their voice!
Spread the news!
Tell the truth!
Demand weapons!

Designate russia as a terrorist state!